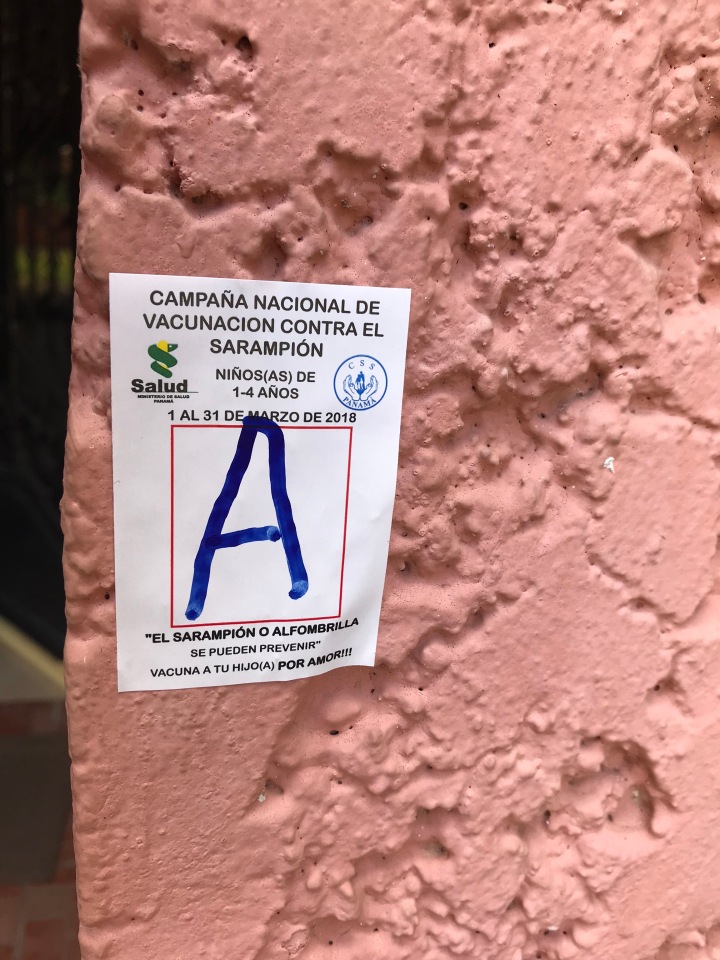 We were just tagged by the door-to-door vaccination crew in Panama. A very friendly woman in an official white uniform, with a bright vest, several badges, clip board and a shoulder ice chest filled with vaccines rang the doorbell and asked if we had children under the age of 4. We don’t so we were tagged with the adult household “A” you see above. They are knocking on every door and ringing every doorbell.

It’s part of Panama’s initiative to inoculate all children in the preschool age range. The theme is “Vaccinate your child for love. Today!” According to official documents the plan is to vaccinate more than 26,000 children before the end of the first week of April.

The government says that measles doesn’t exist in Panama. The last reported cases of measles were in 2011 and they were “imported,” according to a government press release. I think “imported” means brought by tourists.